For the Audio Described version of the film, please click here.

If you need support with technical issues, please get in touch with us at [email protected]

Fuel presents An Evening with an Immigrant

Born to a Muslim father and a Christian mother in what is now considered by many to be Boko Haram territory, award-winning poet and playwright Inua Ellams left Nigeria for England in 1996 aged 12, moved to Ireland for three years, before returning to London and starting work as a writer and graphic designer.

Part of this story was documented in his autobiographical Fringe First Award-winning play The 14th Tale, but much of it is untold. Littered with poems, stories, and anecdotes, Inua tells his ridiculous, fantastic, poignant immigrant-story of escaping fundamentalist Islam, experiencing prejudice and friendship in Dublin, performing solo at the National Theatre, and drinking wine with the Queen of England, all the while without a country to belong to or place to call home.

As part of the act of sharing stories and experiences of migration and global human movement across borders, An Evening with an Immigrant will coincide with Refugee Week 2021.

An Evening with an Immigrant was filmed at The Bridge Theatre in November 2020, and is presented on Fuel Digital. English captions are available. Written and Performed by Inua Ellams. Music Selection by DJ Sid Mercutio.

Fuel offers 10% of all tickets for free to groups who may not attend theatre otherwise. If you can, please consider giving a donation of £10 to support this, so we continue to deliver our courageous programme of work to the communities we engage with. 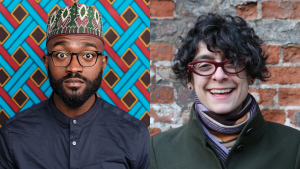 Hosted by writer Maddy Costa, Theatre Club is an open, friendly space for audiences to meet post-show and share what they thought.

An Evening with an Immigrant Theatre Club with Maddy Costa 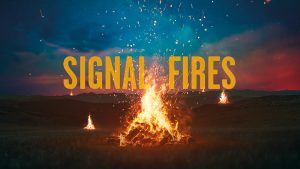 Fuel commissioned international and local writers to respond to the duality of fire, creating warmth and community as well as danger and destruction, as a symbol for this time. 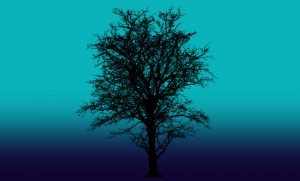 The Litten Trees were eight gifts to local communities around the UK: temporary light sculptures in everyday public settings.